Electric Vehicle Lending Value Chain and How It Is Changing 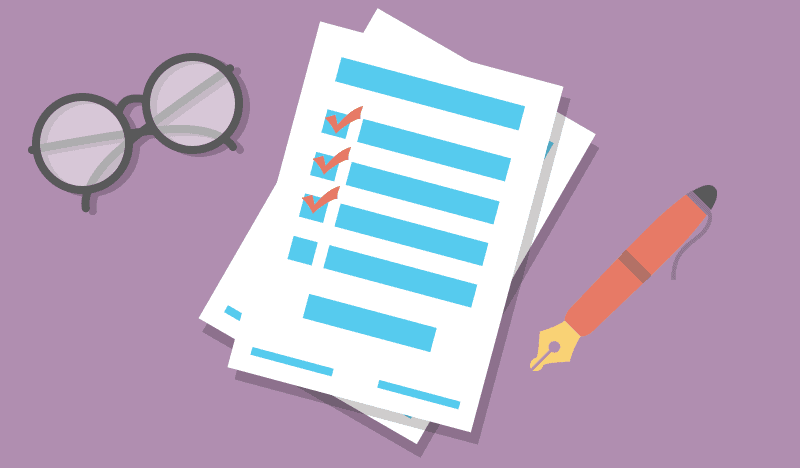 An intricate value chain has developed to support the automotive industry since Henry Ford first resisted selling his revolutionary Model T on credit. His aversion to providing direct loans to auto buyers helped bring about the current vehicle lending value chain, which broadened the market so more consumers could afford to purchase automobiles. Prior to 1913, auto buyers typically paid cash for cars, but by 1920 two-thirds of new and half of used automobiles were financed by sales finance companies. By 1925 there were nearly 1500 of these companies providing lending opportunities for vehicle buyers.

Though few of these finance companies were associated with auto manufacturers, the few that were wrote 90 percent of these loans. This was done not to boost retail sales but to allow manufacturers to lower costs by financing wholesale inventories for dealers. The auto industry value chain additionally included original equipment manufacturers (OEMs) into this tiered system, which saw them as important players in both designing and manufacturing vehicles. Networks of dealers primarily dealt with sales and servicing vehicles, while other provider networks included automotive clubs, motor vehicle insurance companies, and auto repair shops.

Though financing is well-established for conventional fuel-powered vehicles, lenders will need to look at ways to provide financing for those purchasing an electric vehicle. Lending value chains have yet to be fully established for this quickly emerging sector. However, most major auto manufacturers are looking at transforming their businesses to become all-electric over the next few decades. By 2025, Jaguar intends to sell only electric cars, with Volvo following in 2030 and General Motors in 2035. Meanwhile, Volkswagen aims to make 70 percent of the cars they sell electric by 2030, while Ford intends to sell only electric vehicles in Europe by 2030. Much has changed over this past century, and with the arrival of the electric vehicle, lending value chains now need to change along with the technological advancements driven by this burgeoning new market.

The US auto industry relies on a well-functioning lending value chain to make financing easily available to consumers, more so than just about any other economic sector. In fact, of new vehicles purchased in the United States in the first quarter of 2021, 81.2 percent were financed. As of March 2022, the outstanding car loans in the country stand at $1.46 trillion, and the average loan balance for a new car was $39,721, with terms just under 70 months and monthly payments of $644 on average.

Electric vehicles have tripled their share of the global auto market between 2019 and 2021, reaching about 9 percent with 6.6 million sales annually. As with conventional vehicles, auto financing will be a necessity for most consumers wishing to purchase an electric vehicle. Lending value chains also need to consider the higher upfront costs, which are about $10,000 more than conventional gas-powered vehicles at an average price of $56,437.

The well-established financing arrangement for the auto industry will be challenged by technological and social developments resulting from the influx of electric vehicles into the market. Lenders will need to adjust accordingly, following shifting consumer preferences to continue performing their role in support of transporting people and goods. The rapid changes in the automotive industry will spur changes in all associated industries, including those financing mobility companies.

As a response to the quickly growing market for autonomous and electric vehicles, lending value chains need to take note. Though Tesla is currently the giant in electric vehicle manufacturing, traditional automakers aren’t ignoring this important segment of the auto industry. This includes OEMs like Ford, who began strategizing in May 2021 about how to move forward. Seeking to adjust its manufacturing capabilities toward making more electric vehicles, Ford is also promoting the integration of connected vehicle technologies and focusing on customer relationships.

The company expects that electric vehicles will be 40 percent of the vehicles it manufactures worldwide by 2030, while it also plans to spend over $30 billion for electric vehicle development, including battery technology. In conjunction, there are plans in the works to incorporate cloud-based platforms to integrate new vehicle technologies into all of Ford’s vehicles. Like many players in the nascent electric vehicle market, the company plans to change its business model from a transactional build-for-sale model to one centered on customer relationships and providing technology-based services.

Priorities for Ford include:

Ford is already developing models for the electric vehicle market like the Mustang Mach-E, Ford-150 Lighting, and E-Transit commercial vans, some of which will be on the road as soon as 2022.

The Plight of OEM Auto Suppliers

In all economic revolutions, there are winners and losers. With the influx of electric vehicles onto the roads, OEM auto suppliers will need to provide increasingly fewer transmissions, fuel systems, exhausts, and other major components that aren’t used by an electric vehicle. Lending value chains need to take heed, fostering new lending technologies that will better serve electric vehicle buyers. If lenders don’t follow suit in much the same way as Ford and other major motor vehicle manufacturers, they’re likely to lose market share to those who better understand electric vehicle lending. Value chains like these will need to refocus their efforts on parts, service, and technologies for this growing market.

The Future of Auto Financing

Auto financing in the future will change to suit customers’ needs. Vehicles will generally be more intelligent and connected, as many other devices like phones and cameras have become. Traditional auto finance will likely still be offered to individual customers, but ownership standards may change, with more people co-owning and sharing vehicles. While traditional loans and leases are unlikely to go away completely, financing will likely have a number of different models. For example, emphasis may be on commercial lending with tighter margins and lower residual values for certain vehicles.

With the emergence of autonomous driving, human drivers may become much less common. As a computer replaces a human in a driverless electric vehicle, lending value chains could see customers look more at modular and customized options, with lenders financing these additional modules. These options may even depend on the reason for the journey. A family going on vacation may require individualized entertainment consoles, much like those common on international flights. A person going shopping may want a larger storage area for their goods or groceries. Or perhaps a professional on their way to work may want a customized workstation for their hour-long commute to work.

Auto finance for taxi services, limousines, or rental cars could change markedly with a shared autonomous transport. As a business-to-business lending model focusing on fleet owners, lenders would incorporate services like maintenance, recharging, insurance, and even parking in their loan payments.

The used car market and financing for it is likely to change as well. For less advanced, non-autonomous vehicles, prices could drop sharply, with correspondingly shorter terms. For more expensive used autonomous vehicles, however, significantly larger loans would be needed.

The Need for Speed in Lending Value Chains

Regardless of whether it’s for a traditional gas-powered or electric vehicle, lending value chains need to utilize technology to improve how they perform their roles. It’s not just the electric auto market driving this digital transformation either. An increasing number of consumer lenders are streamlining how they communicate with customers, suppliers, and others along the auto financing value chain.

The electric vehicle lending value chain will require even more trust when developing relationships as new actors enter the market with forward-looking financial technology. New financial products will offer customers innovative products and services to make the borrowing experience more accessible, flexible, reliable, and transparent for both borrowers and lenders.

Using technology to allow easy access via mobile devices, fintech providers will help provide a bridge for lenders to reach out to their customers while making the experience easier and quicker for borrowers. This will include fintech that operates on internet-connected cloud platforms, which will level the playing field for small, medium, and large lenders alike.

All lenders will need to adapt to this evolving electric vehicle market, and it’s about much more than money. When servicing an auto loan for a connected, driver-assisted, or electric vehicle, lending value chains will need to innovate to provide the best type of support and service for each customer. For those lenders looking to position themselves advantageously in this evolving financing market, there are a few different things to consider.

Lenders and others along this lending value chain should consider:

To achieve these goals, lenders need to abandon their outdated technology and IT systems, which are ill-equipped to deal with borrowers’ changing needs. Improving lenders’ capabilities will also serve to improve the user experience of their customers.

defi SOLUTIONS offers a total solution for a lender’s complete loan or lease lifecycle. Partnering with captives, banks, credit unions, and finance companies, defi’s market-leading solution helps lenders exceed borrower expectations. From digital engagement through the complete lending process, defi sets new standards for flexibility, configurability, and scalability in originations and servicing, by your experts or ours, all along the conventional and electric vehicle lending value chain. defi SOLUTIONS has the backing of Warburg Pincus, Bain Capital Ventures, and Fiserv. For more information, contact our team today or register for a demo. 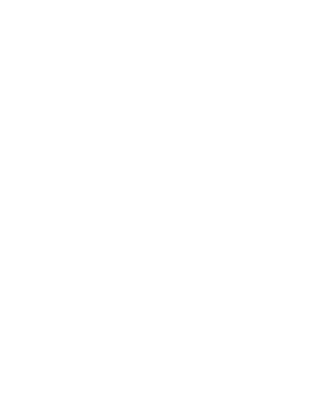 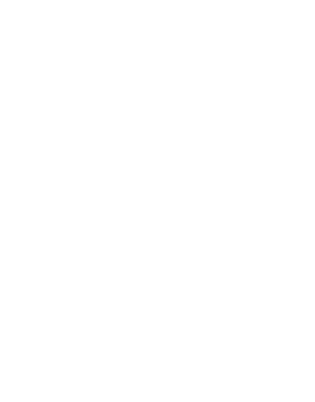 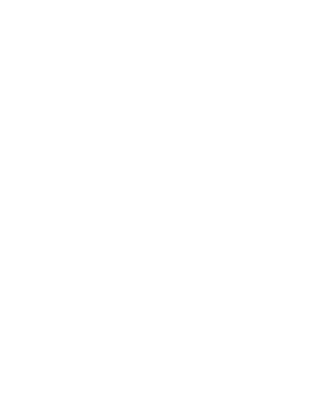 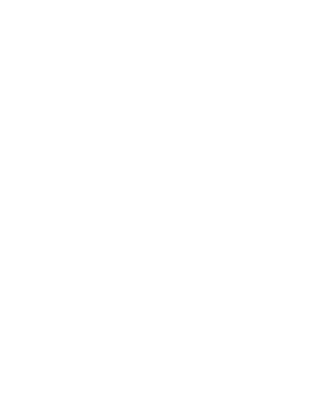